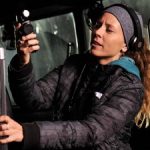 Through studies and practical experience, the AFI Cinematography Introductory Intensive for Women (CIIW), will take place on August 3-6, at the AFI campus and consists of workshops, discussions, and screenings designed to encourage participants to become cinematographers. Submissions opened June 4, and the deadline to apply is June 15.

The second program is known as the Fox DP Lab and is aimed at recent female graduates of the AFI Conservatory. Ten to 15 AFI graduates will be chosen and have the opportunity to meet with executives responsible for recommending and approving cinematographers, receive career guidance from Fox cinematographers and see a Fox studio film or Fox series being shot.

Applications for the Fox DP Lab — exclusively for AFI Cinematography alumnae — will open in August 2018.

How to create compelling characters…brought to you by New York University, ranked as one of the top MFA programs in the United States.

Chatham University’s Words without Walls is a ground-breaking program within their MFA degree focusing on nature, travel writing and social outreach. It is the premier graduate program for nurturing students interested in place-based writing and innovative community programs.

Abilene Christian University (Texas) ACU’s M.A. in English is a 36-hour master’s program with tracks in literature, composition and rhetoric, and writing. https://www.youtube.com/watch?v=ue17A_9_eAE&list=PL1gDOFpWJTaMCKCHy6Mhj2JCG-yTc6-eQ